“We would just like to start off by saying what another fantastic competition organised by Robert and Louise! Everyone who competed gave it their all and as usual all our fellow Duesbury Aldred friends danced amazingly! Adult and children alike gave it their everything, and it showed in the results!

Here is a summary of some of the day’s highlights:

We started the day with Ballroom, our favourite ballroom dance was the quickstep! We particularly enjoyed it as it was very upbeat and lively.

Everyone seemed to enjoy the sequence, from the adults dancing the Saunter Shiraz down to the much anticipated under 6’s dancing the walks and points. Each and every dancer gave it their everything!

We have a split decision on our favourite Latin dance of the day!

For one of us it was the Tango! This dance is such a powerful dance and we are sure that this saying runs through most dancer’s head whilst dancing the Tango… “Slow, slow, quick, quick, slow!” It certainly runs through our minds a lot.

Our other favourite Latin dance was the Cha-cha-cha! This is because it’s such a lot of fun to dance and before the music even starts out come the cheeky cha-cha-cha hips!

The biggest highlight of the day for us was the last dance of the day! The fun dance! Everyone seemed to take to the dancefloor but a special mention must go to Luke! Even after spending the entire day partnering other dancers he still managed to take a barn dance and put a Luke twist and shimmy into it. We left the dancefloor in fits of giggles!!

The fantastic results the dance school achieved is in part due to our amazing teachers: Robert, Louise, Luke, Ruth, Liam and Alexandra. They each deserve a huge round of applause for the outstanding dedication they put into teaching. Another huge mention must go to all the parents, carers, grandparents and supporters for all the hard work they put in behind the scenes!”

Thank you to our Mystery Blogger/s – remember there is a prize for the first correct guess.

Yesterday was one of the highlights of the dancing year, our own competition at West Park. Almost the entire dance school were out in force, most to compete but others just coming along to support. The atmosphere was terrific all day long and everyone seemed determined to give their best. In many of the finals we managed a clean sweep of all the final places and there many first places which was excellent. 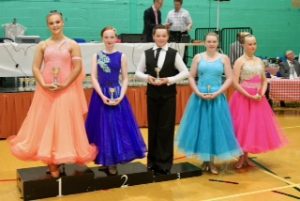 For others there were personal bests whether that was making it around the floor, making a final, getting a recall or just being part of the event and there were also some first timers too. Boris and the gang (or should I say sloth!) thoroughly enjoyed themselves and are already planning their next get together. 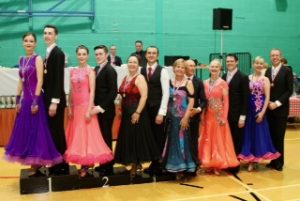 A massive thank you to all those who helped out on the day: Maria, Martin, Anita, Caroline, Janet, Beverley, Joan, Julie and Andy Hall. Of course we couldn’t do it without our regular partners: Luke, Ruth, Alex and Liam, I am sure everyone appreciates your dedication. Also a big thank you to all of you who took on partnering duties, mostly

alongside competing: Karen, Josh, Grace P, Craig, Molly, Paul, Andy, Neil, Claire, Emily and Karly and for coming along to lessons and classes to practice. It is a real team effort and great to see how everyone pulls together to help make it the success that it is.

Our Mystery Blogger will once again be making an appearance, look out for a report soon. 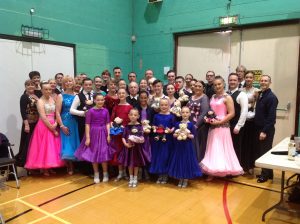 It seems ages since we have been at a competition, in fact it is March since we had a team outing and so it was good to be out in force once again. Boris expressed how excited he was at seeing all his chums once more and watching everyone dance.

The occasion was the ISTD Sequence Medallist Festival at West Park Leisure Centre so a nice short trip for most of us and plenty of dancing. More importantly there were qualifying place up for grabs for the ISTD Grand Finals in November.

Today was all about sequence and alongside the regular three dance qualifying events there were a number of events covering Classical, Modern and Latin Sequence as well as some Couples and Adult and Child events. 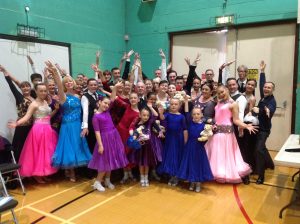 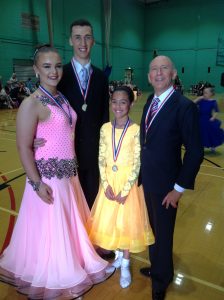 In the couples events, Grace S & Chloe won in their first outing together with a very controlled Gainsborough Glide and there were also wins for Josh & Grace and Neil & Carla. In the Adult and Child event, from an entry of around 25 couples, Andy & Grace and Josh and Olivia were tied for first place a great result from all.

With so many excellent performances to choose from it is impossible to mention them all but some of the other highlights were: Olivia securing three first places in her one dance events and a second in her three dance event against some tough competition, Karly winning two of her individual events, Paige, Miriam, Charlotte Bennett, Alexander, Geraldine and Allison all qualifying for the Sequence events at Grand Finals and Kaitlyn’s very cheeky Cha Cha Cha.

Many thanks go once again to our hard working partners: Luke, Ruth, Liam, Alex as well as those who partnered alongside competing themselves: Josh, Grace P, Karen, Libbie and Emily. Also thanks go to Maria and Jean for their help on the door, anyone else who helped in any other way and of course everyone who came to support. 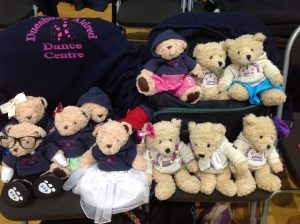 Only two weeks until the next big outing which is of course our own event. Make sure you are there, we couldn’t “bear it” if you’re not!!!